Dr. Peter I. Ozo-Eson
Non-Executive Director
‍Dr Peter I. Ozo-Eson obtained a bachelor’s degree in Economics at the University of Ibadan. He has a distinguished record of progressive achievement and advancement, from his memorial prize in Economics as best graduating student in Public Finance (1974) to scholarships obtained both home and abroad, including the Commonwealth Post Doctoral Fellowship. He is also a renowned researcher with over 50 works published in his name.
Dr Ozo-Eson also has a Masters degree and a Ph.D. in Economics obtained from Carleton University Ottawa (1978 & 1982). In the course of his career he has been a member of the Boards of National Salaries Incomes and Wages Commission from 2010 - 2015 and Petroleum Products Pricing Regulatory Agency (PPPRA) from 2004-2009 and 2014- Date. He taughtEconomics at the University of Jos, where he rose to the rank of Associate Professor in 2003. He was the General Secretary of Nigerian Labour Congress. He is also a life member, of Nigerian Economic Society.
He is married with four children.

Idris Adeniyi
Head, Investment
Idris is a seasoned investment banker and consultant with many years of experience in the capital market and commercial banking in Nigeria. He has been at the forefront as a thought leader and speaker on key investment, accounting and tax issues including mergers and acquisitions in Nigeria and capital raising in the Nigerian capital market. His experience covers global and local macro-economic analysis, asset and liability management, debt securities analysis and investment and fixed income securities trading.Idris is a 2003 graduate of Accounting from the University of Lagos and an Associate Member of the Institute of Chartered Accountants of Nigeria, the Chartered Institute of Taxation of Nigeria, Institute of Chartered Securities and Investment (U.K) and about to complete his examinations to the associate membership of the Chartered Institute of Stockbrokers.He has a combined fourteen (14) years of work experience in Audit, Commercial and Investment Banking (Treasury & Portfolio Management). Idris started his banking career with Skye Bank Plc (now Polaris Bank) before joining Intercontinental Bank Plc (now Access Bank Plc) as Performance Management Officer to Executive Director, North. He later rose to become a Branch Manager. He was Deputy Head, Investment in Trustfund Pensions Limited before joining ABMC Management Consultants Limited as Chief Operating Officer/Team Lead, Asset Management.

MALLAM BASHIRU TUKUR
Independent Non-Executive Director
‍Mallam Bashiru Tukur is a native of Yola, Adamawa State and a pioneer graduate of Geography and History from Ahmadu Bello University Zaria where he obtained a Bachelor of Arts degree and a graduate certificate in Education in 1965. He began his career in the Northern Nigeria Ministry of Education in 1965 and moved to private sector employment as a Management Trainee in the Nigerian Tobacco Company Limited and worked there from 1968-1975. He cut his first tooth in directorship at Gombe Oil seeds Processors Limited in 1972 as a Non-Executive Director.
Whilst in his career, he held positions in renowned institutions such as: Executive Director in the United Bank for Africa and First Bank of Nigeria, Managing Director/ Chief Executive Officer in International Merchant Bank. He also held Non-Executive Directorship positions in the Central Bank of Nigeria, Ashaka Cement Plc and National Universities Commission. Furthermore, he served the Ahmadu Bello University as a Deputy Registrar and  Acting Registrar and finally Executive Secretary to the Vice Chancellor from 1975 to 1979.
Mallam Tukur acquired managerial skills from his numerous job experiences, management courses and trainings attended at home and abroad, particularly, at the International Institute for Management Development (IMD) Lausanne Switzerland. He is currently a member of the governing Council of Koladaisi University, Ibadan, a distinguished Fellow of the Institute of Personnel Management of Nigeria, and a Fellow of the Association of Nigerian Geographers

Mallam Ismaila Shuaibu
Non-executive Director
‍ Mallam Ismaila Shuaibu had a wide and chequered experience in Banking which had been his career for more than 30 years. He held various positions in Bank of the North up to Assistant General Manager and then Afribank Nigeria Plc where he became the first professional to be appointed from within as an Executive Director for six (6) years and retired.
On recommendation of CBN he was assigned as the Managing Director of Société Bancaire to assist in repositioning the Bank. After that duty, he was called again to serve as the Interim Chairman of Afex Bank Plc under Consolidation. He was also under AMCON; appointed as Non-Executive Director in Enterprise Bank until it was sold off. He was at one time Chairman of West African Bankers Association, Nigeria.
Mallam Ismaila Shuaibu is a fellow of the Chartered Institute of Bankers both in Britain and Nigeria as well as a graduate of Harvard Business School. On a number of occasions, he was invited by Harvard Business School where he took part in various seminars. He also attended quite a number of World bank/IMF and AfreximBank meetings. He participated as a member of Vision 2020, on the Committee of Small and Medium Enterprises (SMEs).
Mallam Shuaibu is now a Director in various businesses which include Health Maintenance Organisation, Tourism, Tomato Processing, Ice and Water Industry all providing financial expertise. He is currently the President of Nigerian Heart Foundation.

‍
‍Atiku Saleh Dambatta
Independent Director
Atiku Saleh Dambata is a native of Kano State and a graduate of Accounting from Bayero University Kano, where he further acquired an M.Sc. in Accounting, and an MBA with outstanding grades. He is a Chartered Accountant and a scholar at Nassarawa State University pursuant to Ph.D. in Public Finance. He bagged several awards for excellence including but not limited to Shell Petroleum Post-Secondary School Award for the best accounting student. He has various works and publications credited to him.
Mr Atiku began his career as a graduate assistant in Bayero University Kano in1991 and proceeded to serve in the Debt Management Office where he rose to the position of Ag, Director/Head, Organizational Resourcing Department and gained almost a decade experience in audit, human resources, accounting and administration. He has held several positions, including Director, Police Pension Department in Pension Transitional Arrangement Directorate in 2015.
He is currently the Proprietor, (Atiku Saleh & Co.) Accounting and Auditing and a member of the Association of National Accountants of Nigeria (CNA),Financial Reporting Council of Nigeria and Institute of Treasury Management and Financial Accountant of Nigeria.

Oluwakemi Ugwu
Managing Director & CEO
‍Kemi holds a BSc in Computer Science from the University of Ilorin and a Masters in Information Technology from the University of Lagos. She served as a pioneer youth corp member in Adesoye College, Offa in 1997 and was retained. Kemi became the pioneer Computer Officer before joining Access Bank in 2000 as an Assistant Database Administrator. Kemi was redeployed as the pioneer Acting Head of Cash Management Unit and was later made the pioneer Unit Head (Relationship Manager) for the Insurance desk in the Financial Institutions Department. She joined UBA in 2005 and was seconded to UBA Pensions same year as the Pioneer Head of the Information and Communication Department a position she held for over 12 years before her redeployment as Head Contributions Processing. She is currently the Managing Director & CEO of NUPEMCO. Kemi has also attended several professional courses and training programmes at various levels and is an alumnus of the Senior Management Programme of Lagos Business School.

Pension for Humanity
UBA Pensions as the Pioneer Head of the Information and Communication Department a position she held for over 12 years before her redeployment as Head Contributions Processing. She is currently the Managing Director & CEO of NUPEMCO.

UBA Pensions as the Pioneer Head of the Information and Communication Department a position she held for over 12 years before her redeployment as Head Contributions Processing. She is currently the Managing Director & CEO of NUPEMCO. 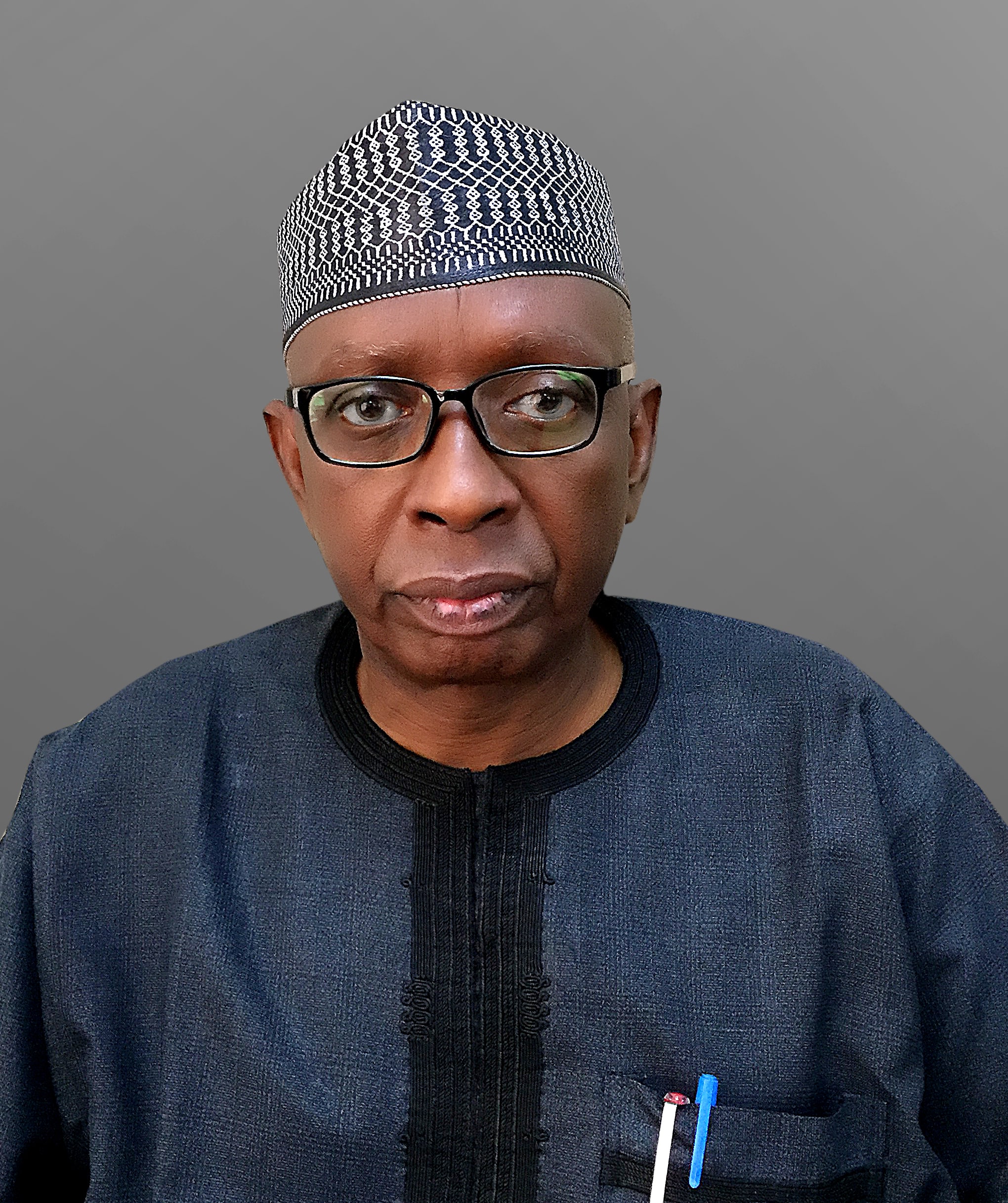 CHAIRMAN
‍
Prof Abdullahi Sule-Kano is a scholar at Bayero University, Kano. He holds a B.Sc. degree in International Studies, M.Sc in Political Science. and a Ph.D. in Political Science.He began his academic career as a graduate assistant at Usmanu Danfodiyo University, Sokoto in 1983 and became an assistant lecturer in 1984. He bagged the Council for Development of Social Science Research in Africa(CODESRIA) Award for thesis writing in 1987, and the MacArthur Foundation Fund for Leadership Development in 1994. He became a Professor in 2014. He has supervised various post graduate research and has published several articles in both local and international publications. He has a membership in learned associations/societies including the NigerianPolitical Science Association, (NPSA), African Political Science Association, and the Oxonia University Network, Oxford University, United Kingdom. He was the President of Academic Staff Union of Universities (ASUU) 2004 - 2008.Currently, a Trustee of ASUU, a member of the Institute of Directors (IoD) and a member of University Council in Bayero University, Kano.